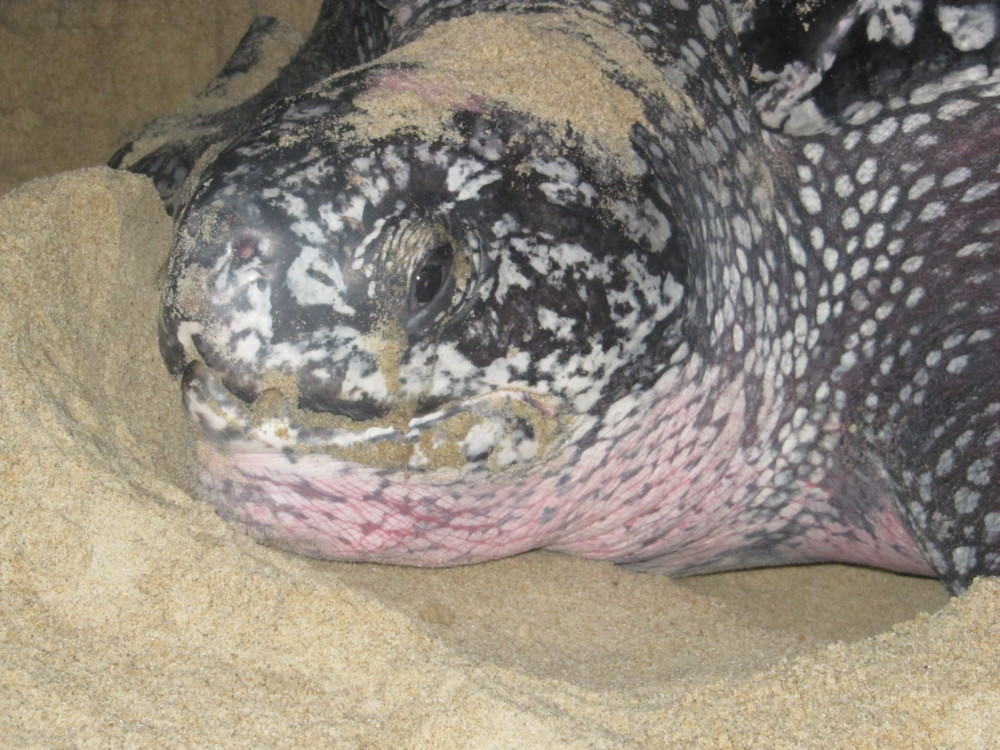 I was looking for somewhere to volunteer with rehabilitating or tagging sea turtles. Some of the options included Costa Rica, and Mexico, but I really wanted to go somewhere that I would not normally visit.

When I saw an opportunity on the island of Trinidad in Trinidad and Tobago a twin island country situated off the edge of the South American mainland I had to go.

Even better is this involved working with the endangered Leatherback sea turtles. Leatherbacks are deep sea divers and are rarely ever seen in nature apart from the females during nesting season. Each adult leatherback weights between 550 – 1,500 lbs. Watching one of these dinosaurs crawl out of the ocean is a life changing experience.

My volunteering duties would include tagging the leatherbacks, monitoring them for health conditions, and ensuring that they had unimpeded access to the beach.

What makes protecting sea turtles a viability is how predictable they are. A sea turtle will return to the same beach that it was born on in order to lay eggs. Somehow they manage to navigate the globe and return to the exact same beach. It’s a built-in GPS that is astonishing in its accuracy. In this case the beach was Matura Beach on the Eastern coastline of Trinidad.

When I first set foot on Matura beach I was amazed. During the daytime, the beach is spectacular. This is what an undeveloped beach away from civilization looks like. 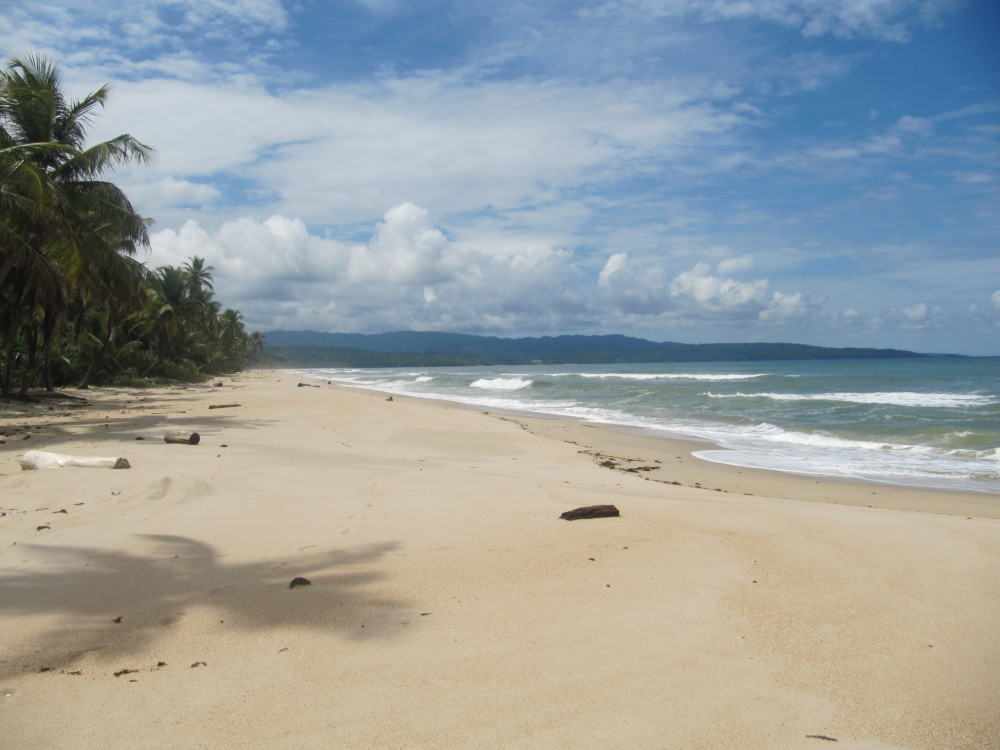 It was also my last time to view the beach during daytime as the turtles favorite nesting time is between 11:00 PM and 4: 00 AM. 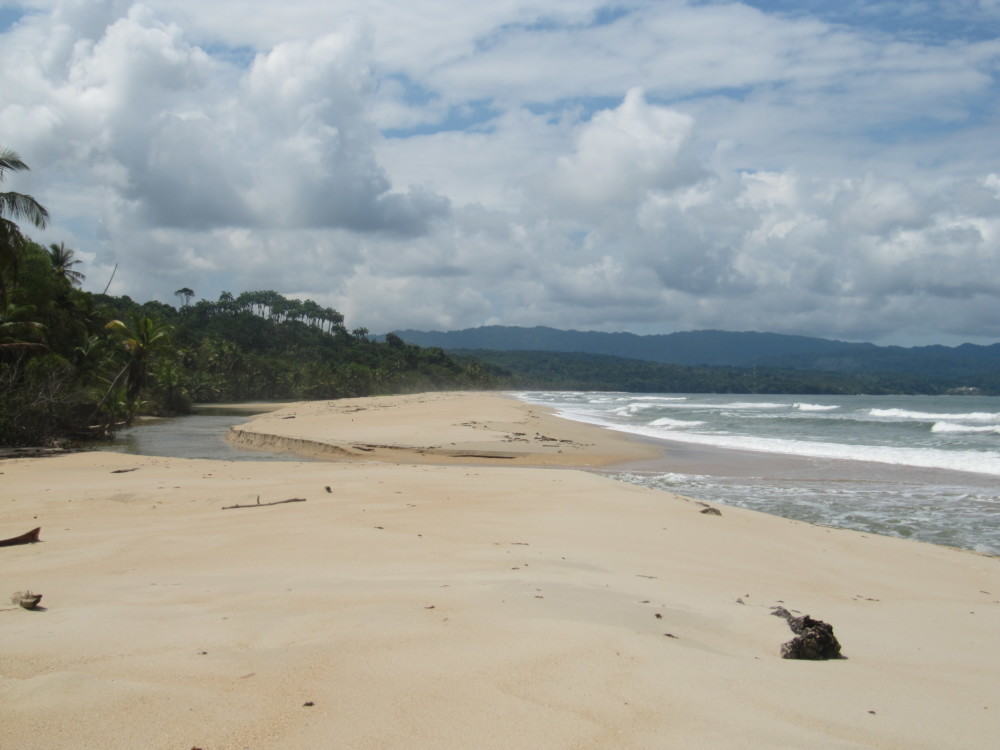 This meant I was on the nightshift. A side benefit of this shift is since this beach has zero light pollution it offered the most amazing night sky. I averaged 10 kms of beach patrolling each night and the sky was surreal.

And then I saw a leatherback, a majestic creature emerged from the darkness. What surprised me is how slow they walked to shore. I never timed it but it could have easily been ten minutes for that adult female to lumber towards her nesting spot. 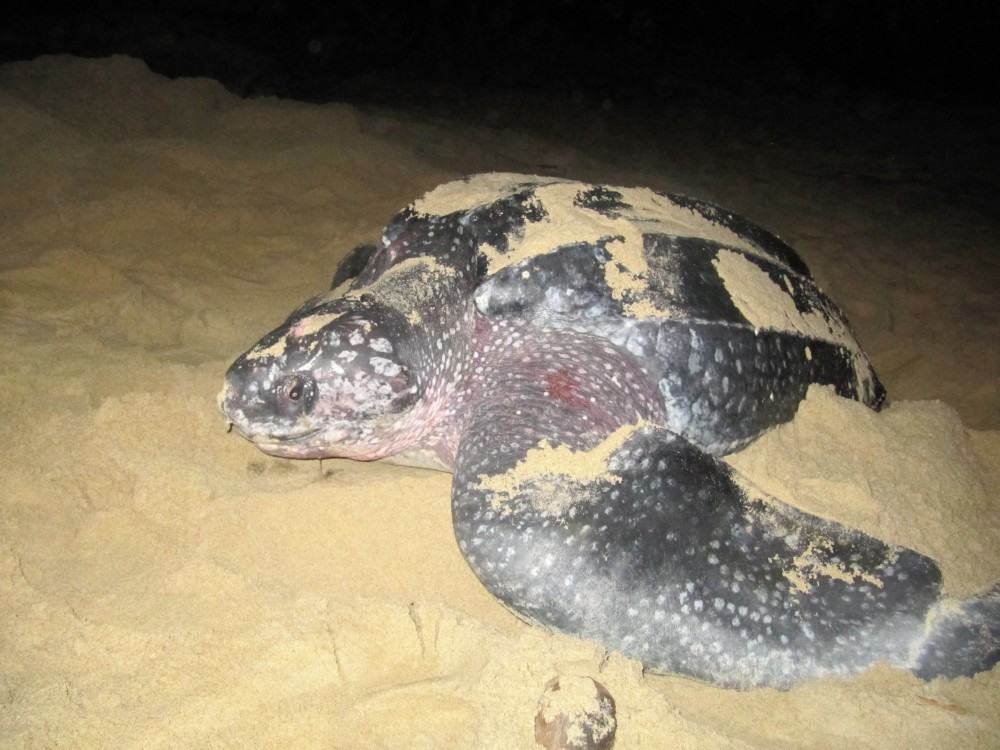 When you look into the eyes of the female you at first think she is crying. Instead it’s a natural way for the turtle to remove excess sea salt from its eyes. The other thing is that the eyes are glazed over. The turtle is playing out an evolutionary mission that has been preprogrammed over millions of years.

The turtle is also immune to pain when it begins laying its eggs. This is the opportunity that we were waiting for to measure, microchip, and manually tag each leatherback. Those that were tagged beforehand we recorded data from.

All was well until the second night when a turtle emerged with a rope wrapped around its flipper. The rope was cutting in deep and we struggled to remove it and eventually cut it before the turtle finished nesting. If the leatherback moved before we were finished we could have easily been crushed.

Against time we worked and the rope was free moments before the female decided to return to the ocean.

I was happy that this turtle came out in time to be saved but I was saddened at the state of our ecosystem.

Each adult female lays an average of 80 eggs and will lay eggs 7 to 11 times during a season of mating. That sounds impressive until you do the math and realize that only 1 in a 1000 hatchlings will survive until adulthood.

This rate of reproduction was sufficient for the leatherbacks for millions of years, but with humans around things started to change. The three biggest culprits in the drastic reduction in sea turtle number is accidental bycatch from fishermen, oceanic plastics, and loss of habitat/light pollution.

I witnessed clear evidence of how garbage was impacting the sea turtles. Part of our patrol involved removing waste but it kept coming from the oceanic current. Often a turtle would emerge and it would have a plastic bag wrapped around it.

These turtles deserve better. Unfortunately, garbage in our oceans is a problem that is only getting worse. Hopefully one day we can better tackle this problem but after visiting many parts of the world especially Indonesia I fear for the future of our oceans.

When I volunteered I went while the turtles layed eggs. I would love to return one day when I can witness the eggs hatch. 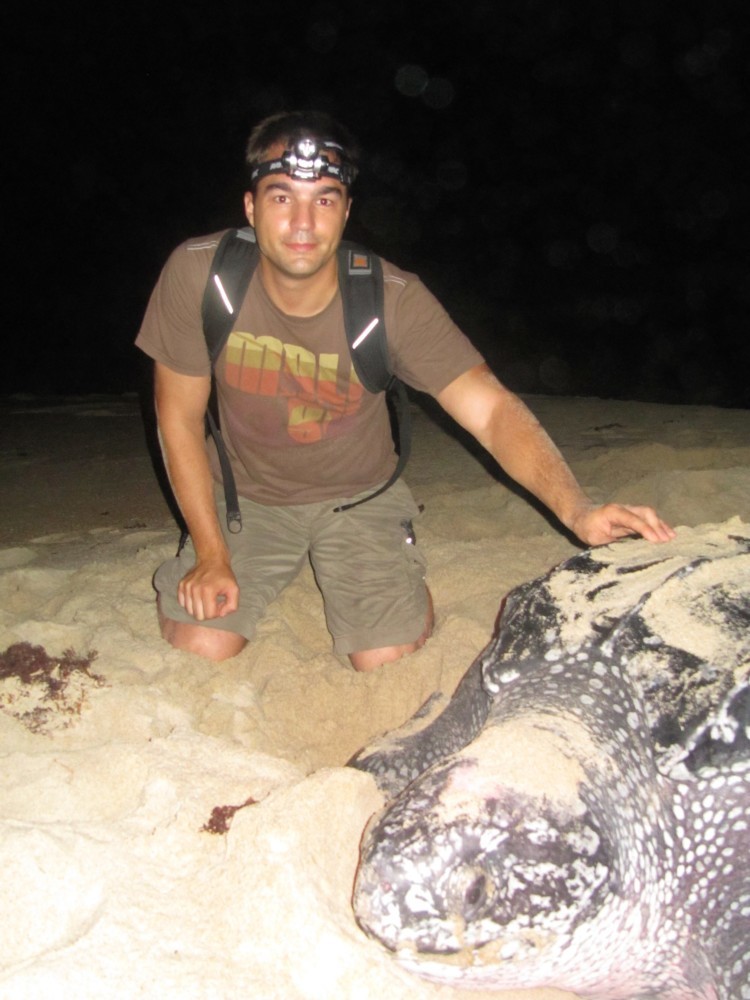