I’m usually apprehensive about visiting animal sanctuaries, as too many road-size zoos call themselves sanctuaries to make a quick dollar.

As soon as I set foot at the Alturas Wildlife Sanctuary, which is located halfway between Uvita, and Dominical, my worries were laid to rest.

This is clearly somewhere that cares about the welfare of animals, and they had all types of Costa Rican wildlife, including some that were not popular such as raccoons. The nocturnal anteater stole the show as he performed acrobatics in the middle of the day and seemed to be thriving on the attention from our small group of six visitors. 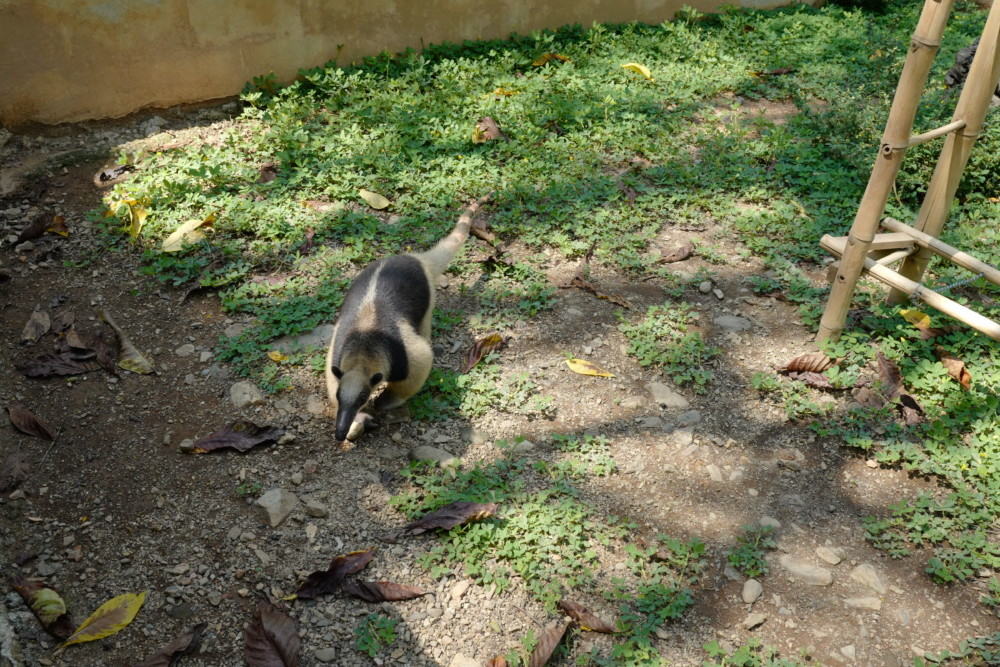 Also included were many varieties of bird species such as macaws, and toucans.

Most of the animals had sad stories. One bird was shot in the eye by a pellet gun, one bird was found trapped in a 2 liter bottle as an attempt was made to smuggle him out of the country. 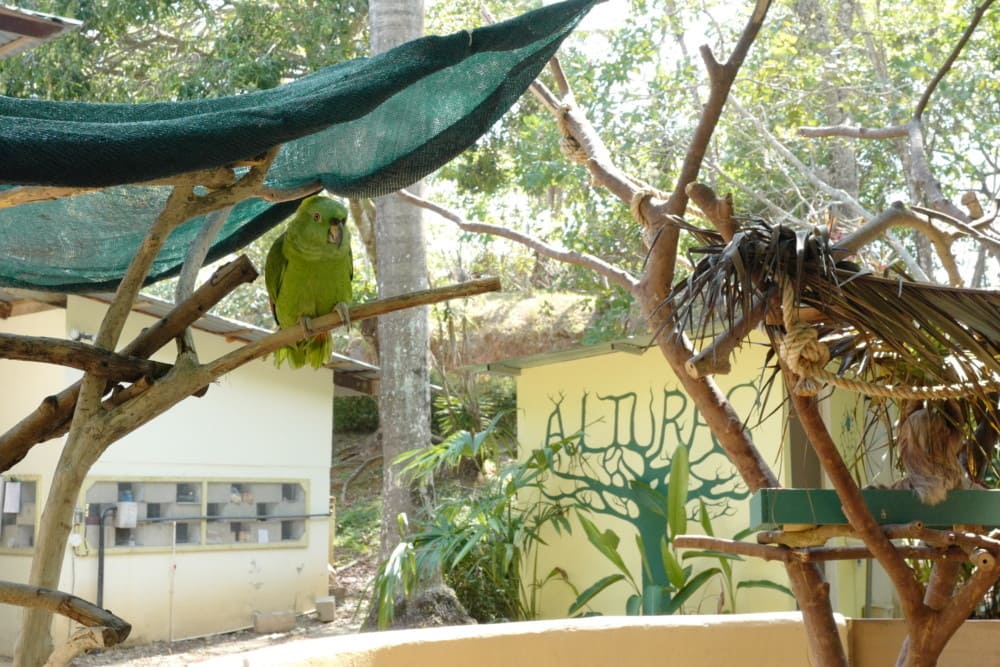 It was the talk of smugglers that really got my attention. The trafficking of wildlife in Costa Rica exists to supply an insatiable demand in the United States and Canada. I’m quite familiar with the barbaric practice of smuggling animals across borders, but for some reason it was something that I associated almost exclusively to Asia and Africa. Fortunately, it sounds like Costa Rica is being very proactive in stopping this shameful practice.

Learning about the trade to me was the take away from my visit. While I enjoyed viewing the sloths, raccoons, white-faced monkeys, and the myriads of birds, it was learning the inner stories of all these individual animals that resonated with me. It was a lesson in the ways that humans can be so cruel to animals, while at the same time observing the complete polar opposite, how another segment of humans can be so selfless as to volunteer so much time to rehabilitating and hopefully releasing these poor animals. 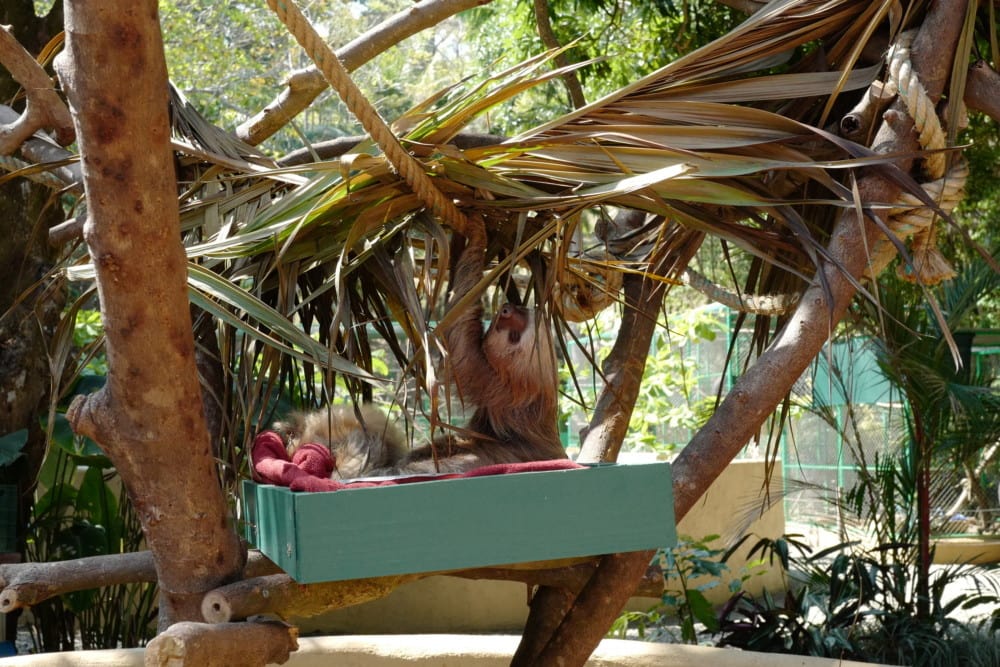 I would recommend Alturas to anyone in the Uvita/Dominical area. It’s a great way to spend 2 hours, and a fantastic way to support a non-profit organization. To enter a donation is required, which was $25 at the time of this writing. 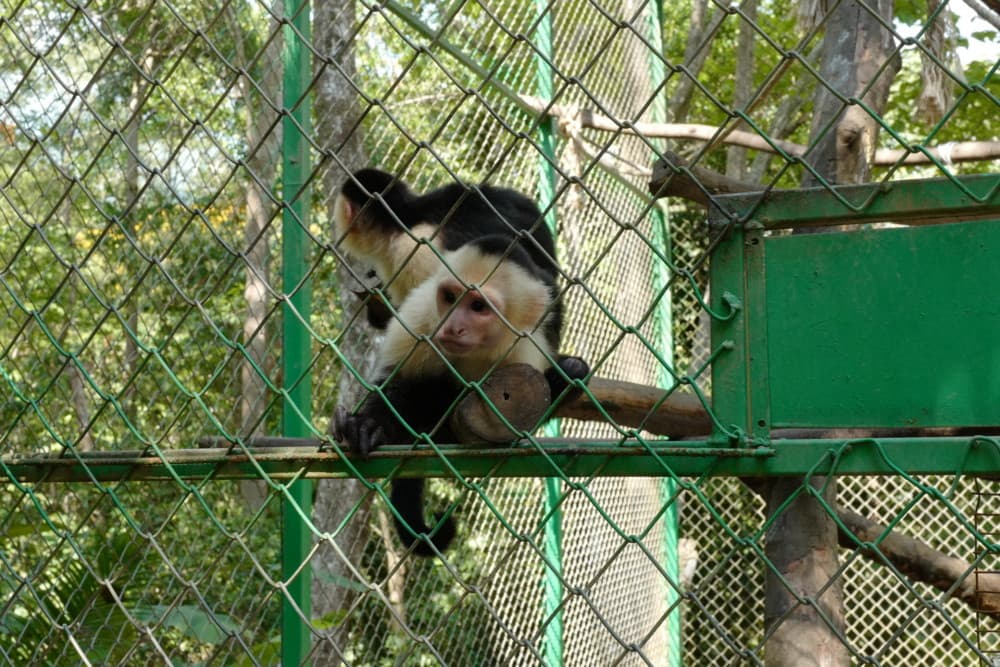 Once you are finished with the sanctuary, take a minute to visit the restaurant to enjoy the spectacular view below. 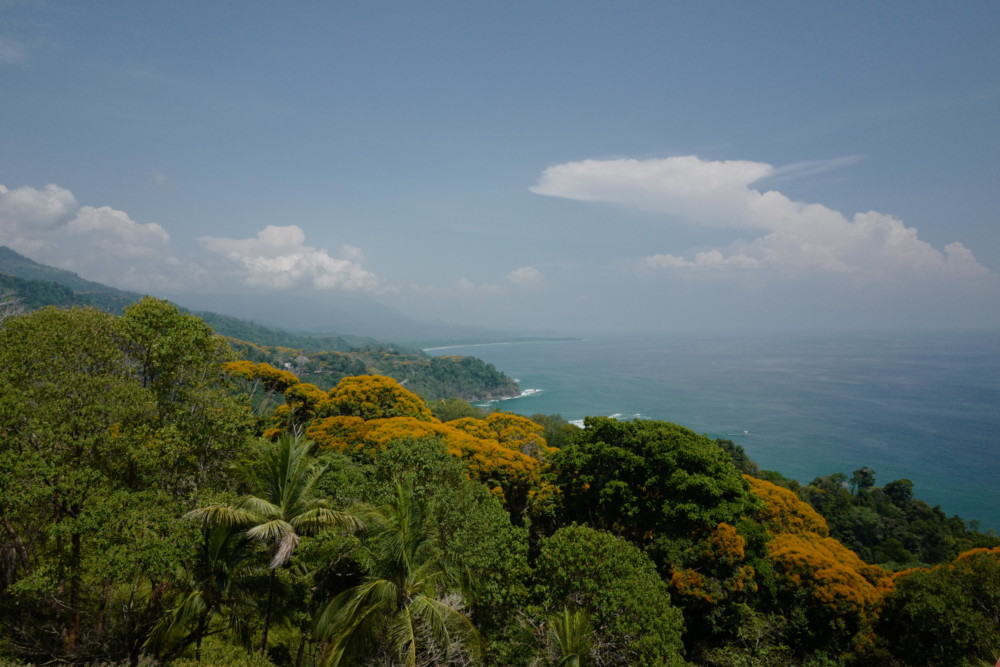