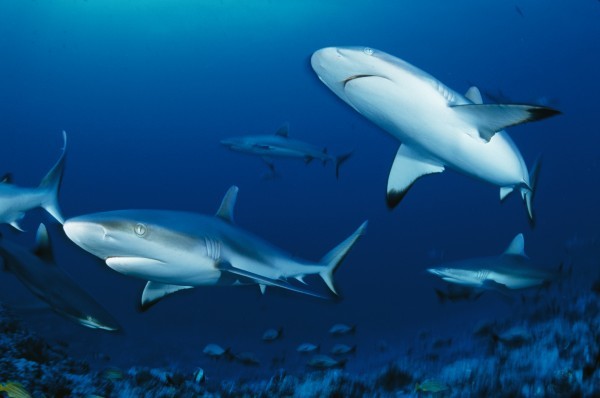 I had to visit the Atlantis resort in the Bahamas for a four day conference. It was my first time in the Bahamas but there was one thing that excited me about the prospect of visiting the Bahamas.

The Bahamas is considered the largest shark sanctuary in the world. In 2011, the Bahamas banned the fishing of sharks, and banned the import or export of shark products. This essentially turned 630,000 sq km of Bahamian water into a much-needed sanctuary as sharks the world over have been decimated by shark finning.

As soon as I landed I scheduled a snorkeling trip to drop me off where sharks gather.

There are six species of sharks in the Bahamas including the docile nurse shark, the more aggressive bull shark, the number one predator in the oceans the tiger shark, and the most common of sharks the reef shark.

I have only ever seen a tiger shark once and that was in Hawaii. I was hoping for a repeat.

Our first stop was at a beautiful coral reef that teemed with fish. While I live in the Cayman Islands I will be the first to admit, the snorkeling is better in the Bahamas. In the Caribbean the Bahamas and Barbados offer the best snorkeling that I have experienced.

This reef introduced me to the majestic marine life of the Bahamas.  I saw thousands of rainbow colored fish as well as The Alcora, a 130-foot sunken freighter. Ship wrecks are quite possibly the best thing to snorkel as the ship serves as an artificial reef, offering hiding crevices for fish and sea creatures who are evading predators.

The second and last stop is what I had been waiting for. The moment to snorkel with dozens of sharks. As soon as I entered the water I was amazed at the vast quantity of sharks. Most of the sharks were only 4 to 6 feet long but in the water as they approach you and you lock eyes with them they appear to be much larger.

Common sense dictates that sharks are harmless to humans, especially in the Caribbean which almost never has shark attacks. The water is a bit too warm for great whites and tiger sharks are rarely spotted.

I looked around and all I could see was reef sharks. They kept approaching and suddenly I had one that brushed up against my leg.

Even with my common sense I still felt my heart beat harder. A primal part of my brain sensed danger even if the danger was psychological it still got my blood pumping.

Apparently, I wasn’t the only one who suffered this physiological meltdown, as the woman next to me panicked and started heading towards the boat. I looked up to see the commotion and as I did she zoomed by and smacked me in the face with her flipper.

I felt impact smack my nose and I was momentarily dizzy. I wondered if I was bleeding but I wasn’t. The primal part of my brain dictated shark facts such as sharks can detect a blood particle from 3 kilometers away. I wondered if maybe I had a small nose bleed.

I fought my impulse to leave and remained transfixed studying these amazing misunderstood creatures. I tuned out the world monitoring their movements. When I finally looked up I realized that I was the last person in the water as the remainder of the tourists were boarding the vessel.

The guide waved me over and I nodded and headed towards the vessel.

What an amazing experience. I unfortunately didn’t see any bull or tiger sharks, but the insane quantity of reef sharks made this a once in a lifetime experience.  I would absolutely recommend the Bahamas for anyone who wants to experience sharks firsthand. 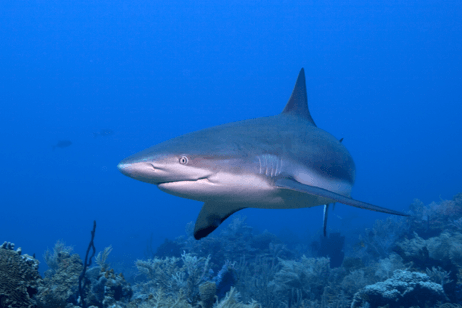