After returning from the DMZ we were scheduled to visit the war museum. This is the pride and joy of the DPRK, as this is where they collect the spoils of victory to showcase to the world.

Outside the war museum, a huge number of statues feature the victorious DPRK battling back the imperialistic Americans. As in all art in North Korea, the North Koreans are shown to be strong, courageous, and fearless. 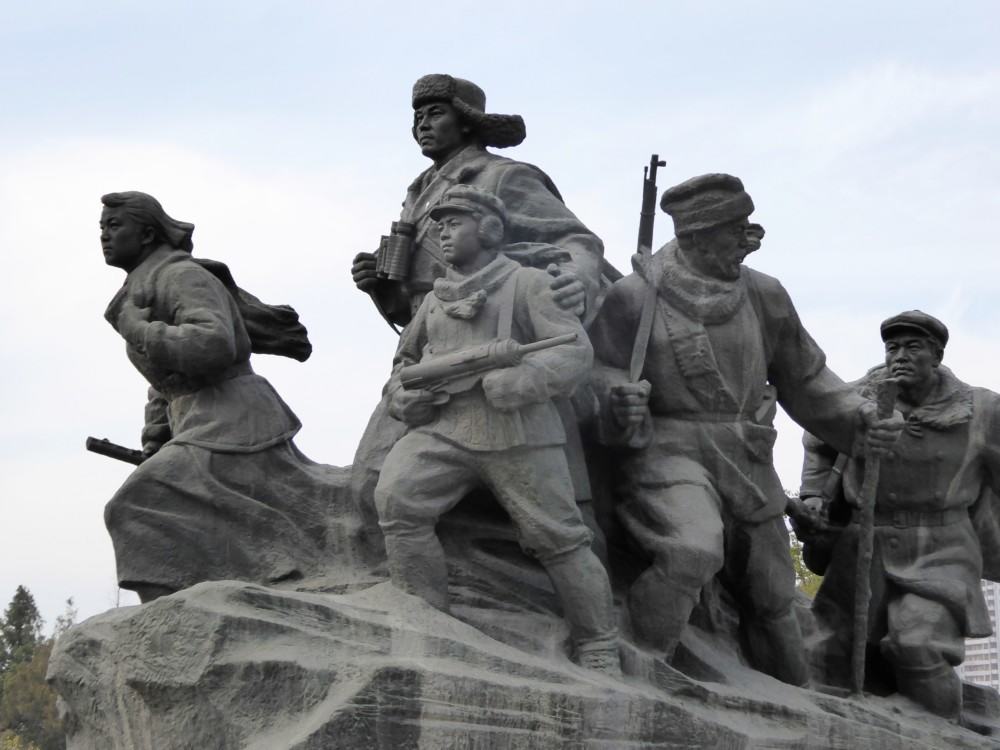 With delight, they allowed us to take endless pictures of tanks, jeeps, trucks, planes and weapons that were confiscated from American forces. 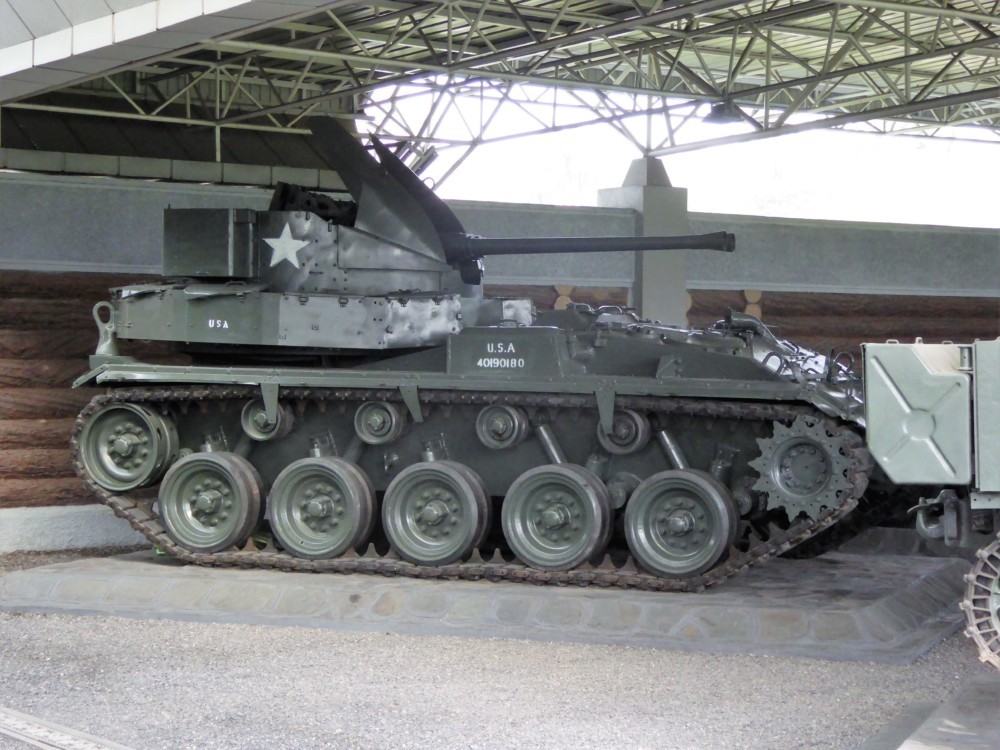 We were informed of how the mighty DPRK not only survived a surprise US attack, but managed to successfully repel the invaders. This with little loss of life on the DPRK side, and a huge number of casualties on the American side. 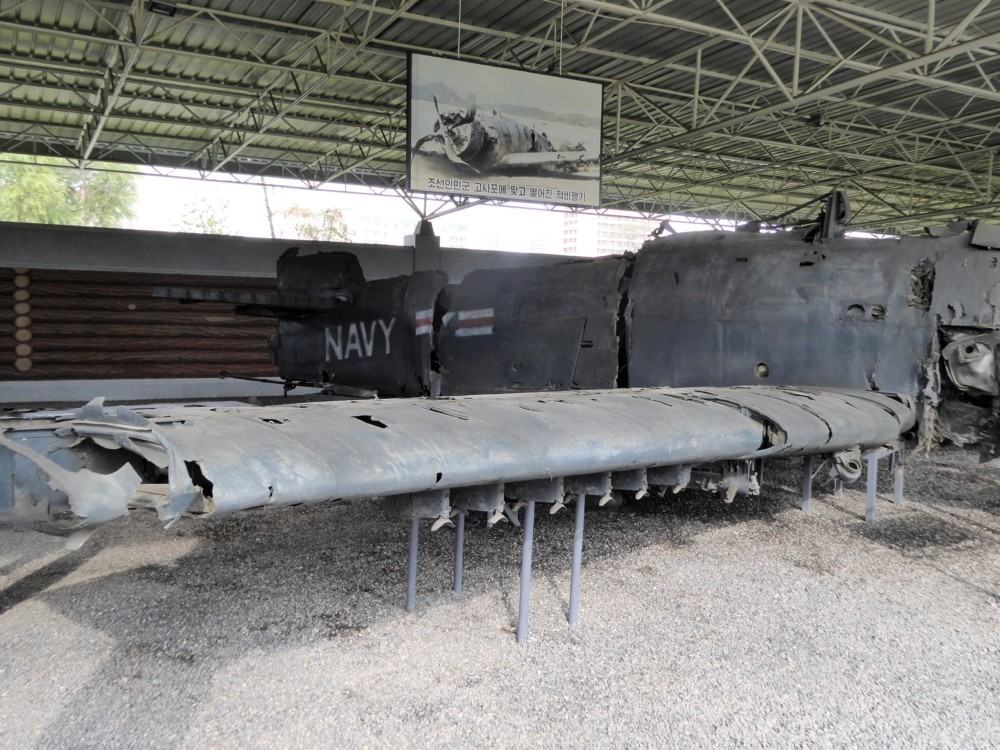 We visited the entire museum which featured endless propaganda. The main story being told was that the DPRK had the strongest army in the world, and no one would ever be able to defeat them. 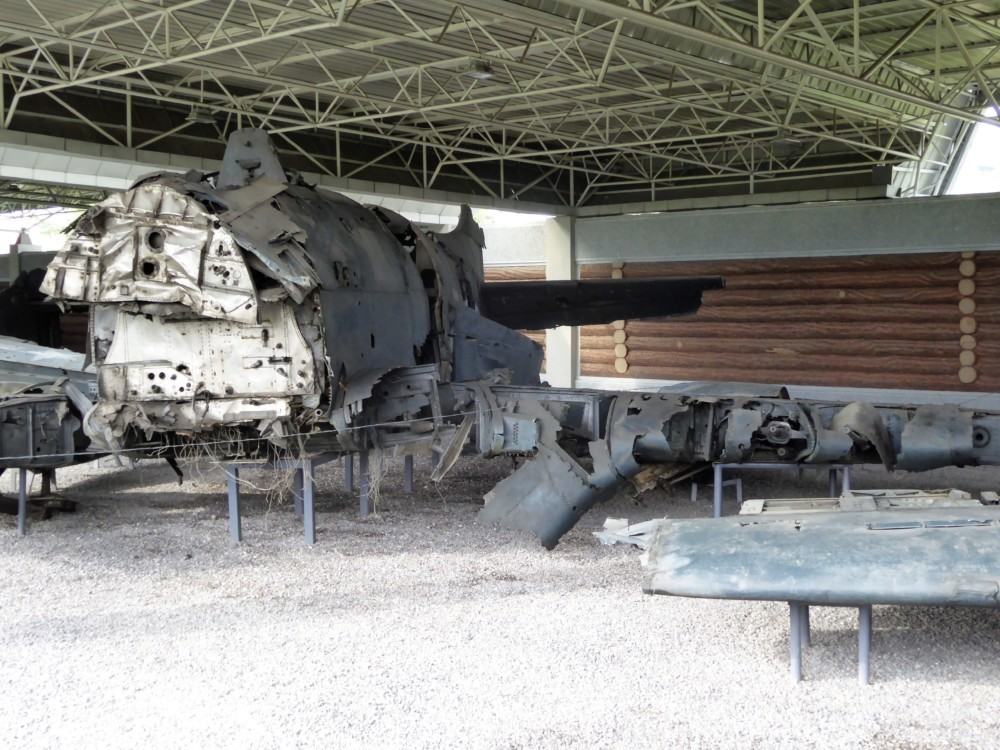 It was a story that was told for our entire trip and it was nothing new. It’s just at this point in my trip, I was getting a bit exhausted at how brainwashed these poor people were. 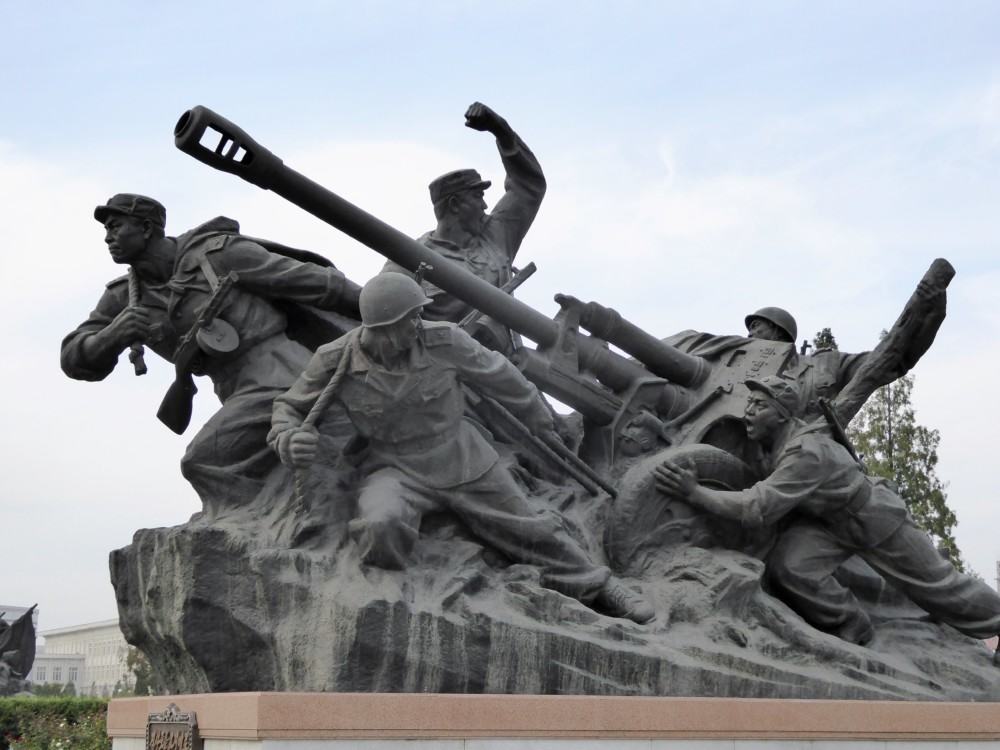 I also learned, that as a Non-American I was being shown footage that was withheld from American tourists. I learned this by chance after talking to some Americans who visited the same places as me but were never shown the same footage. 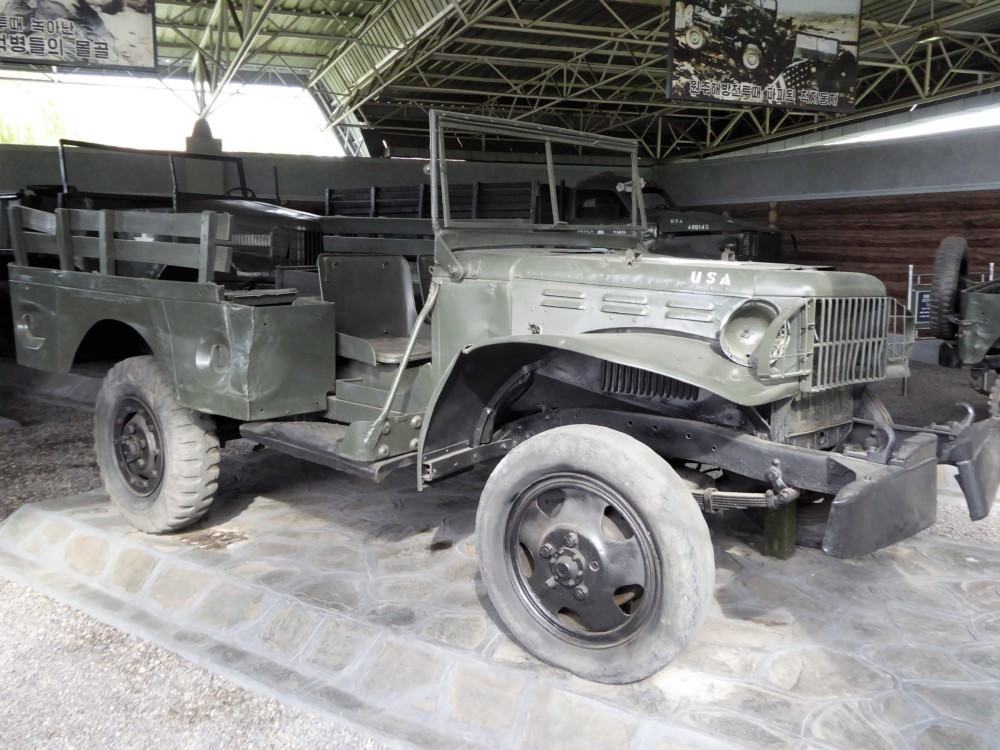 This includes the footage that was shown to us aboard the USS Pueblo. This is a United States Navy Intelligence Vessel that was captured by the DPRK in January 1968.

The USS Pueblo is the centerpiece of the war museum. This is their proudest achievement and the entire capture has been turned into a propaganda story. 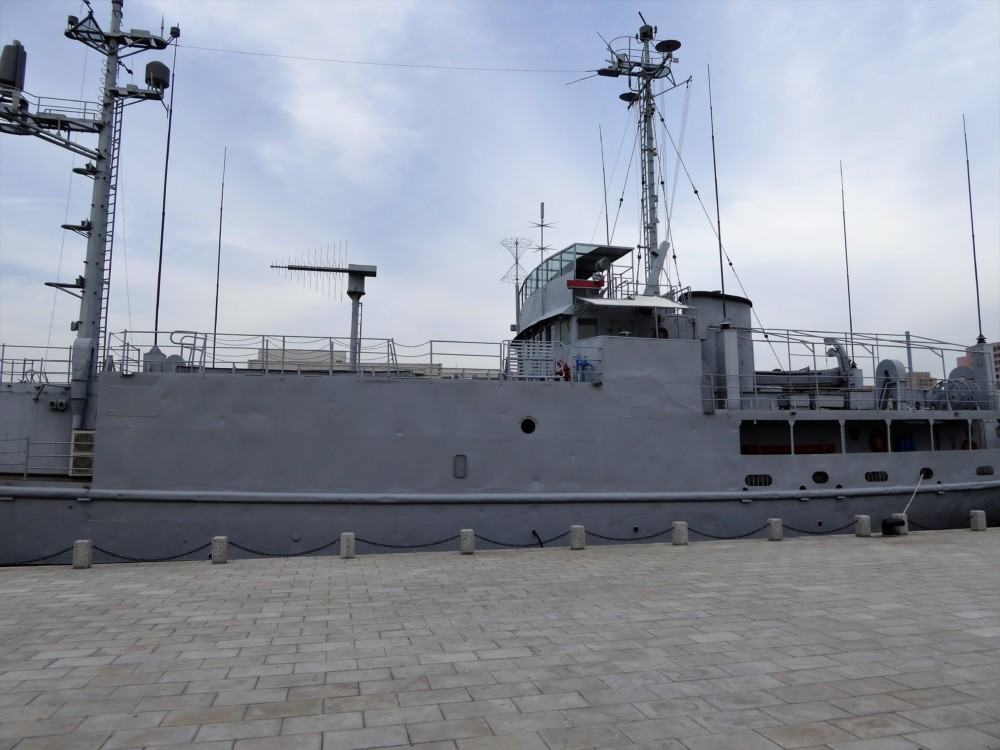 We were to watch a propaganda video which told the story of how those aboard the USS Pueblo were caught trespassing in DPRK water. The captured Americans then confessed to their war crimes, including spying on the DPRK. We were shown the verbal and written confessions.

Since I had a small camera, I decided to record this video. To sneak it out of the country I would later transfer the video it to a hidden folder on my computer. I then proceeded to delete the video from my camera. We were not allowed to take videos so at this point I was being a little bit reckless.

Near the quarter mark of the video I turned my camera off as a soldier approached. If you watch the beginning of the video, it gives you a great idea of the type of propaganda that is broadcast within the borders of North Korea.

After we watched the video a female guide asked if we had any questions. This is where we are supposed to nod and tell them how mighty their forces are, or that America was in the wrong.

Instead, I mentioned casually that this was not the history that I learned while visiting America. I insinuated that perhaps some parts of the video could be wrong. Angry, the guide informed me that it must be true if it is in the video. The entire concept of video evidence being fabricated did not exist in her mind.

I then suggested that maybe both countries had different sides to the same story. She did not like this response. My girlfriend pinched me to be quiet, and after watching my guide get even more flustered and angry, I realized that maybe I should shut-up. After all, saying anything that could be construed as negative to the DPRK could land you in a labor camp, and I was taking an unnecessary risk by trying to “defend” America.

I resigned myself to acknowledging that it was possible that I was lied to by the US government and I thanked my guide for showing me around. 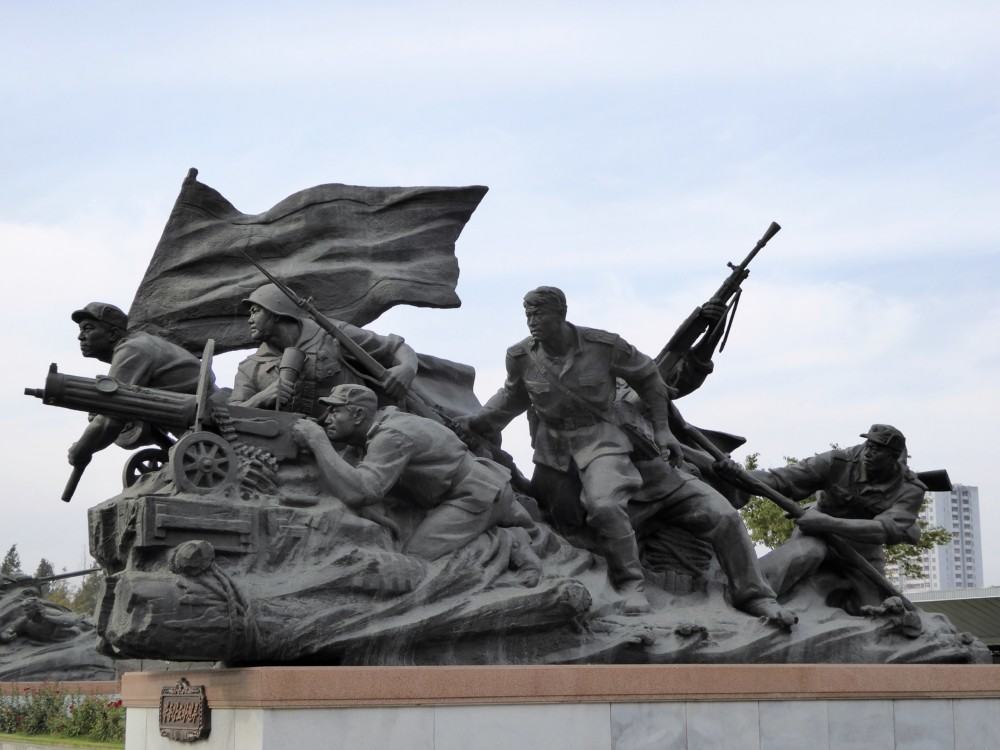 Visiting the DMZ and a public library, in North Korea