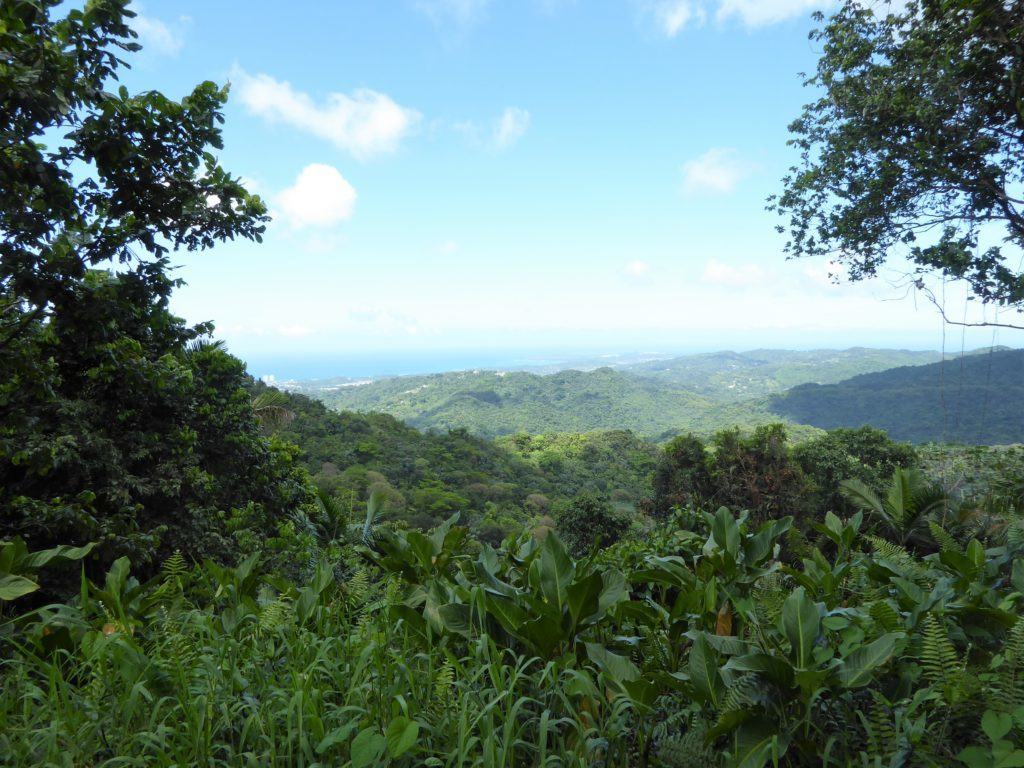 We had to transit in Puerto Rico after getting married in the British Virgin Islands. We decided to make a mini-vacation out of this.

My expectations were low as I heard mixed opinions about Puerto Rico. Nonetheless, I was pleasantly surprised. Old San Juan is fantastic and is in my opinion the best city in the Caribbean and I will post later about this historic city.

We skipped the beach since having just stayed on the island of Virgin Gorda in the British Virgin Islands I knew there was no beach that could compare.

After researching all of the parks El Yunque National Forest was consistently ranked the best. A benefit of this park is the easy access as it’s an easy 45 minute drive from San Juan. 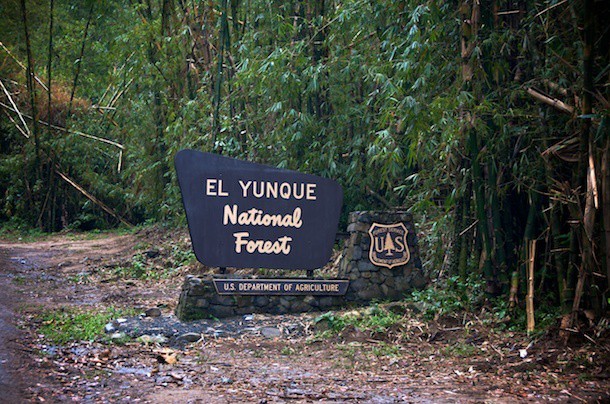 We spent most of the day stopping at some of the waterfalls in the park before deciding to hike to the summit. How El Yunque is not a national park is a mystery as this park is stunningly beautiful. I would even venture to say that it’s more impressive than a majority of the National Parks in America. It’s only downside is that it is quite small. You can easily do the entire park in a day. 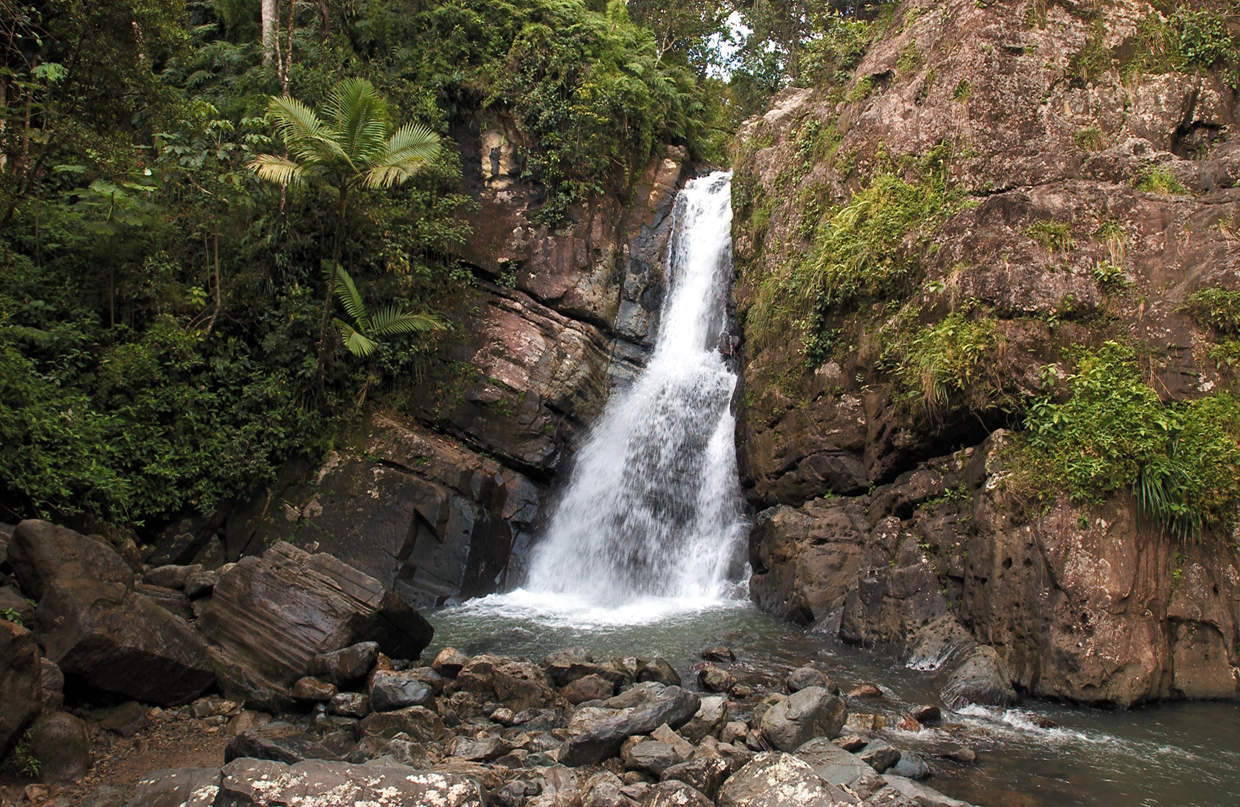 The best hike to take is the El Yunque trail which is approximately 8 kms (5 miles) round trip. The most challenging part of this hike is the beginning but overall the incline is not that steep. There’s approximately 1500 feet of elevation gain. Since it is really hot and humid out I found myself going through a lot of water. 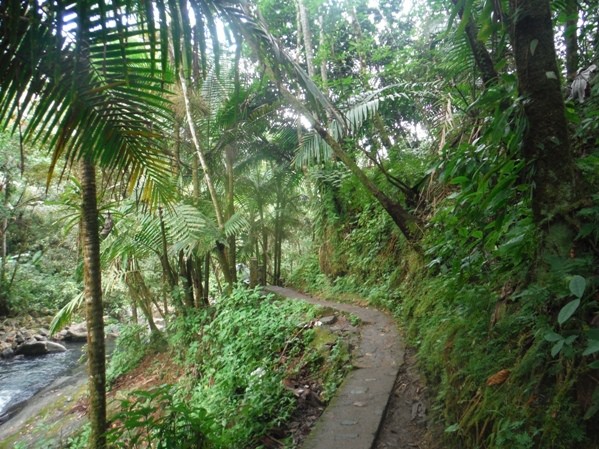 The hike took 3 hours and this was with plenty of stops to take pictures. Since it is a rainforest you do have to be cautious about the rain and we did have it raining on us on our way down. 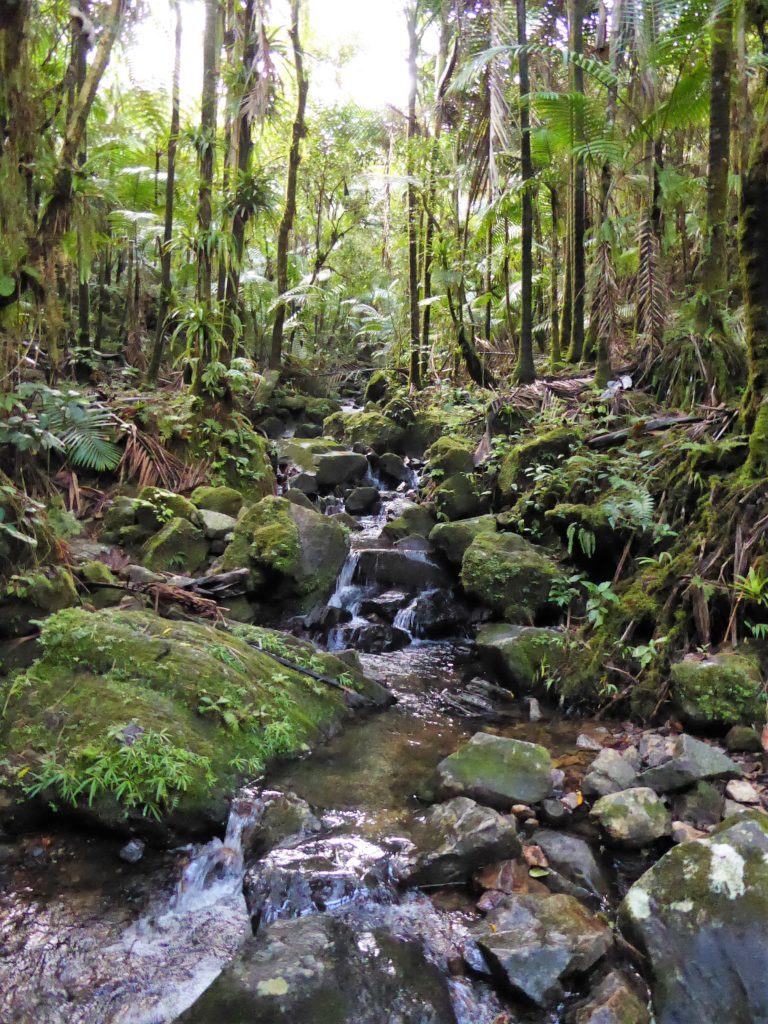 There are rain shelters scattered on the trail but the rain does make it quite muddy and potentially dangerous for slipping. Due to this you should start early as the rain seems to arrive in the late afternoon. 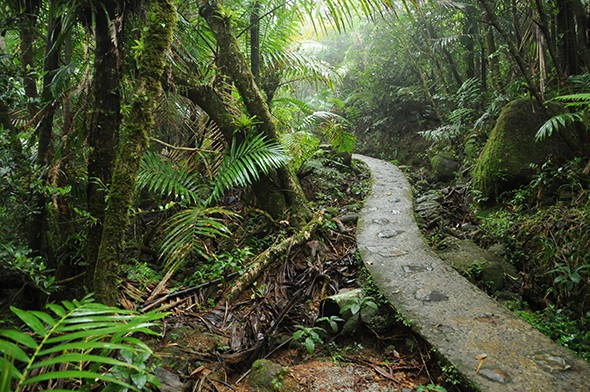 A few minutes before reaching the peak we reached Mt. Britton Lookout Tower which is an old observation tower. You can visit the inside of this tower which seems to be badly damaged from a fire. 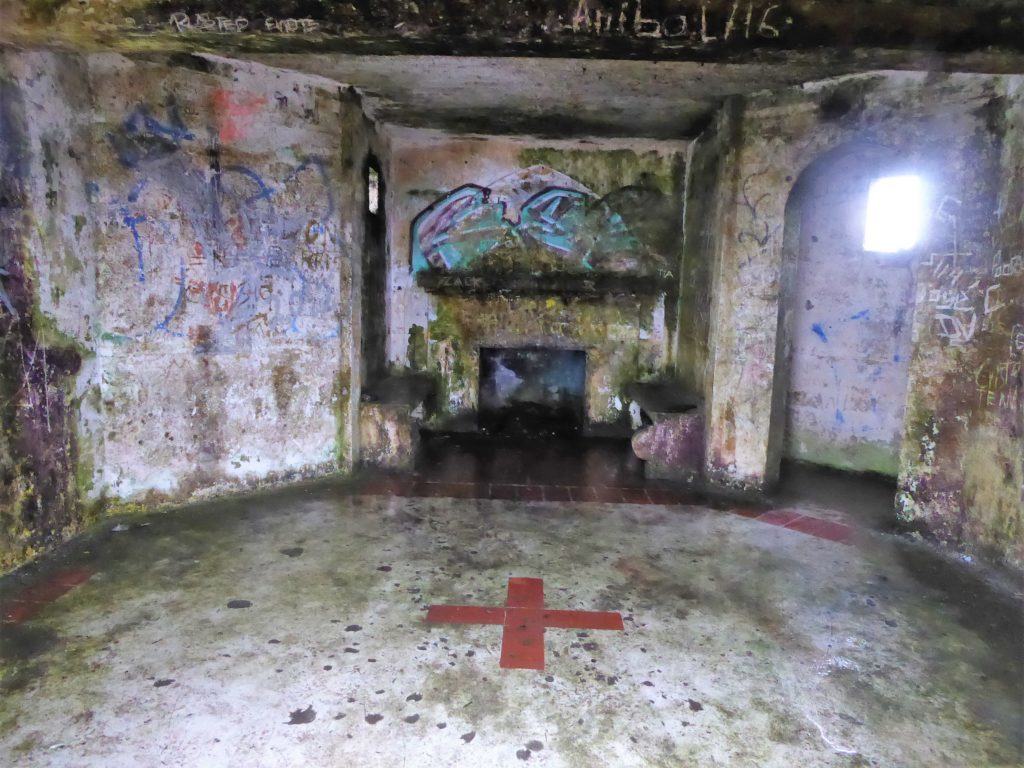 Once you reach the summit the scenery is magical with panoramic views of the coastline. We stopped for 30 minutes to enjoy the views and would have stayed longer had it not been so late in the day.

If you visit Puerto Rico make sure that you stop in El Yunque National Forest and give yourself time to hike to the summit as it’s a very rewarding hike. 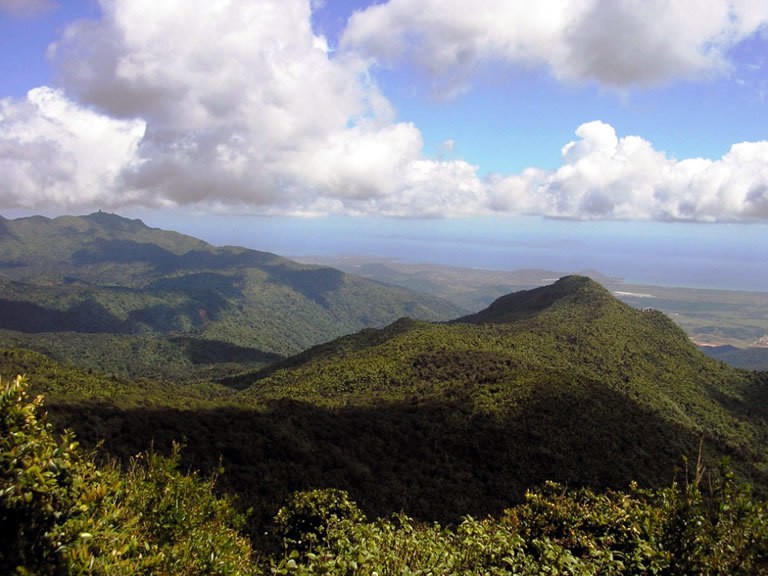